The EU’s biodiversity strategy for 2030 is a comprehensive, ambitious and long-term plan to protect nature and reverse the degradation of ecosystems. The strategy aims to put Europe’s biodiversity on a path to recovery by 2030, and contains specific actions and commitments.

It is the proposal for the EU’s contribution to the upcoming international negotiations on the global post-2020 biodiversity framework. A core part of the European Green Deal, it will also support a green recovery following the Covid-19 pandemic.

The biodiversity strategy aims to put Europe’s biodiversity on the path to recovery by 2030 for the benefit of people, climate and the planet.

In the post-COVID-19 context, the strategy aims to build our societies’ resilience to future threats such as

The strategy contains specific commitments and actions to be delivered by 2030.

The EU will enlarge existing Natura 2000 areas, with strict protection for areas of very high biodiversity and climate value.

Through concrete commitments and actions, the plan is for EU countries to put in place effective restoration measures to restore degraded ecosystems, in particular those with the most potential to capture and store carbon and to prevent and reduce the impact of natural disasters.

As part of this plan, the Commission proposed the EU’s first ever Nature Restoration Law which includes an overarching restoration objective for the long-term recovery of nature in the EU’s land and sea areas, with binding restoration targets for specific habitats and species.

The strategy highlights unlocking funding for biodiversity, and setting in motion a new, strengthened governance framework to

These measures will demonstrate that the EU is ready to lead by example to address the global biodiversity crisis. In particular, working towards the successful adoption of an ambitious global biodiversity framework under the Convention on Biological Diversity.

Issue 591: Analysing two decades of data on stranded turtles in the North East Atlantic, researchers have found that 14% of turtles were entangled in litter and 86% of those examined after death had ingested plastic.

Issue 591: New research suggests that the standard practice of using managed honey bees to pollinate commercial apple orchards may in fact be unnecessary – wild bees may be just as effective, and produce better quality fruit. 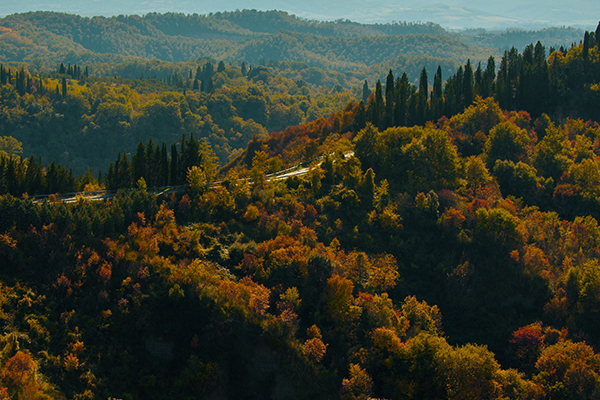 The Commission welcomes the provisional political agreement just reached between the European Parliament and the Council on an EU Regulation on deforestation-free supply chains.

This website uses cookies to improve your experience while you navigate through the website. Out of these, the cookies that are categorized as necessary are stored on your browser as they are essential for the working of basic functionalities of the website. We also use third-party cookies that help us analyze and understand how you use this website. These cookies will be stored in your browser only with your consent. You also have the option to opt-out of these cookies. But opting out of some of these cookies may affect your browsing experience.
Necessary Sempre abilitato
Necessary cookies are absolutely essential for the website to function properly. These cookies ensure basic functionalities and security features of the website, anonymously.
Functional
Functional cookies help to perform certain functionalities like sharing the content of the website on social media platforms, collect feedbacks, and other third-party features.
Performance
Performance cookies are used to understand and analyze the key performance indexes of the website which helps in delivering a better user experience for the visitors.
Analytics
Analytical cookies are used to understand how visitors interact with the website. These cookies help provide information on metrics the number of visitors, bounce rate, traffic source, etc.
Advertisement
Advertisement cookies are used to provide visitors with relevant ads and marketing campaigns. These cookies track visitors across websites and collect information to provide customized ads.
Others
Other uncategorized cookies are those that are being analyzed and have not been classified into a category as yet.
ACCETTA E SALVA
Richiedi info
1
Richiedi informazioni
Ciao Posso aiutarti?
Per qualsiasi informazione:
Inserisci il tuo nominativo e una descrizione sintetica dell'agevolazione o finanziamento richiesto.
Riceverai in tempi celeri una risposta.